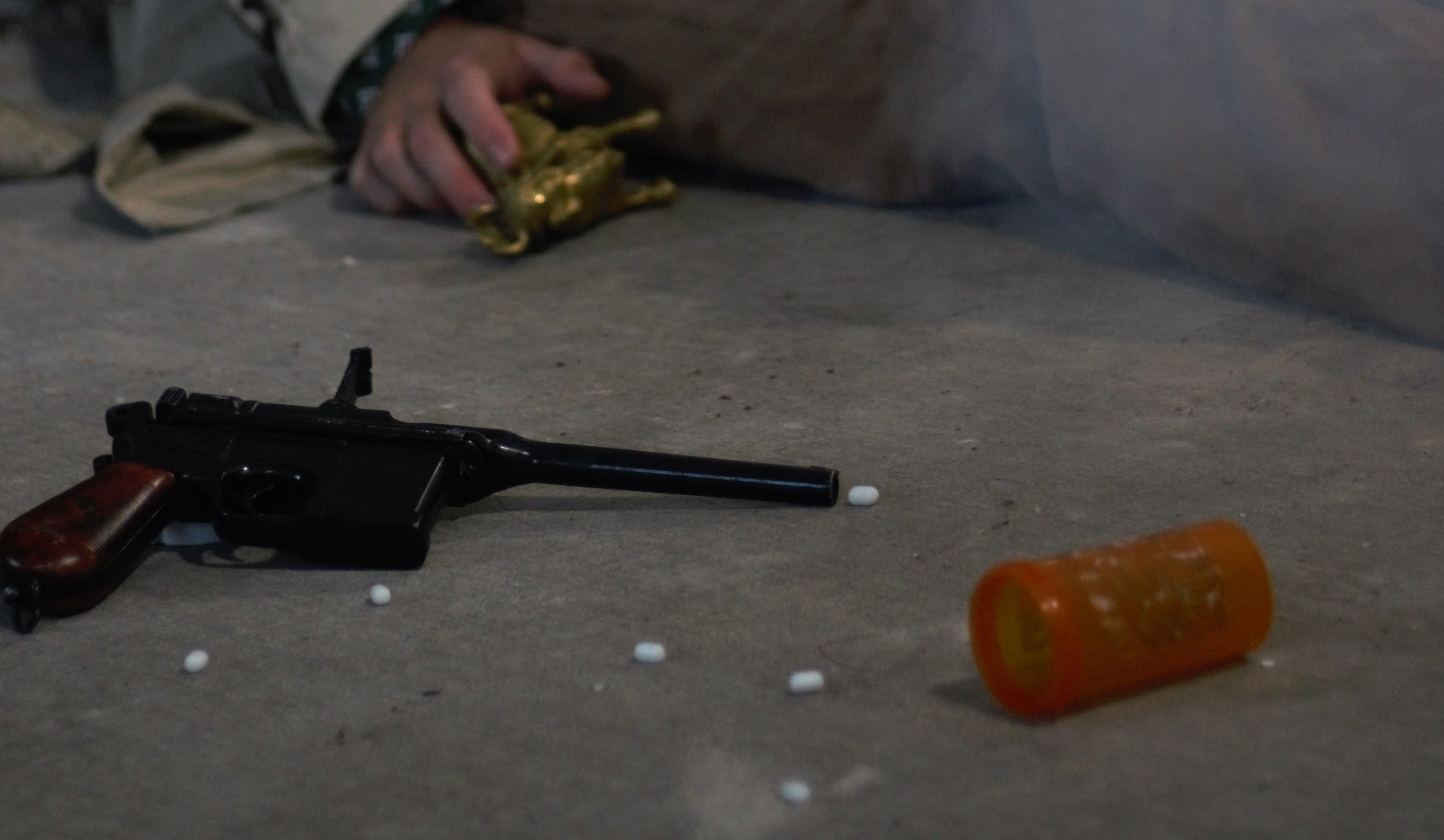 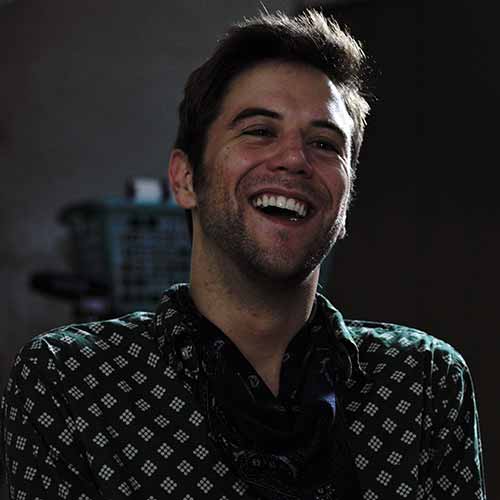 Joshua plays Jung in the film. Jung is a drifter suffering from chronic pain and a chemical dependency of Opioid medication. Jung is a man well acquainted with sin. He is a talented safecracker and an amateur criminal, he is sucked into a criminal underworld of hitmen, robbers and blackmarket dealers as he searches for a stolen artifact. Joshua Clay is a writer, filmmaker and actor. His experiences with Chronic pain and Opioid abuse inspired the film. 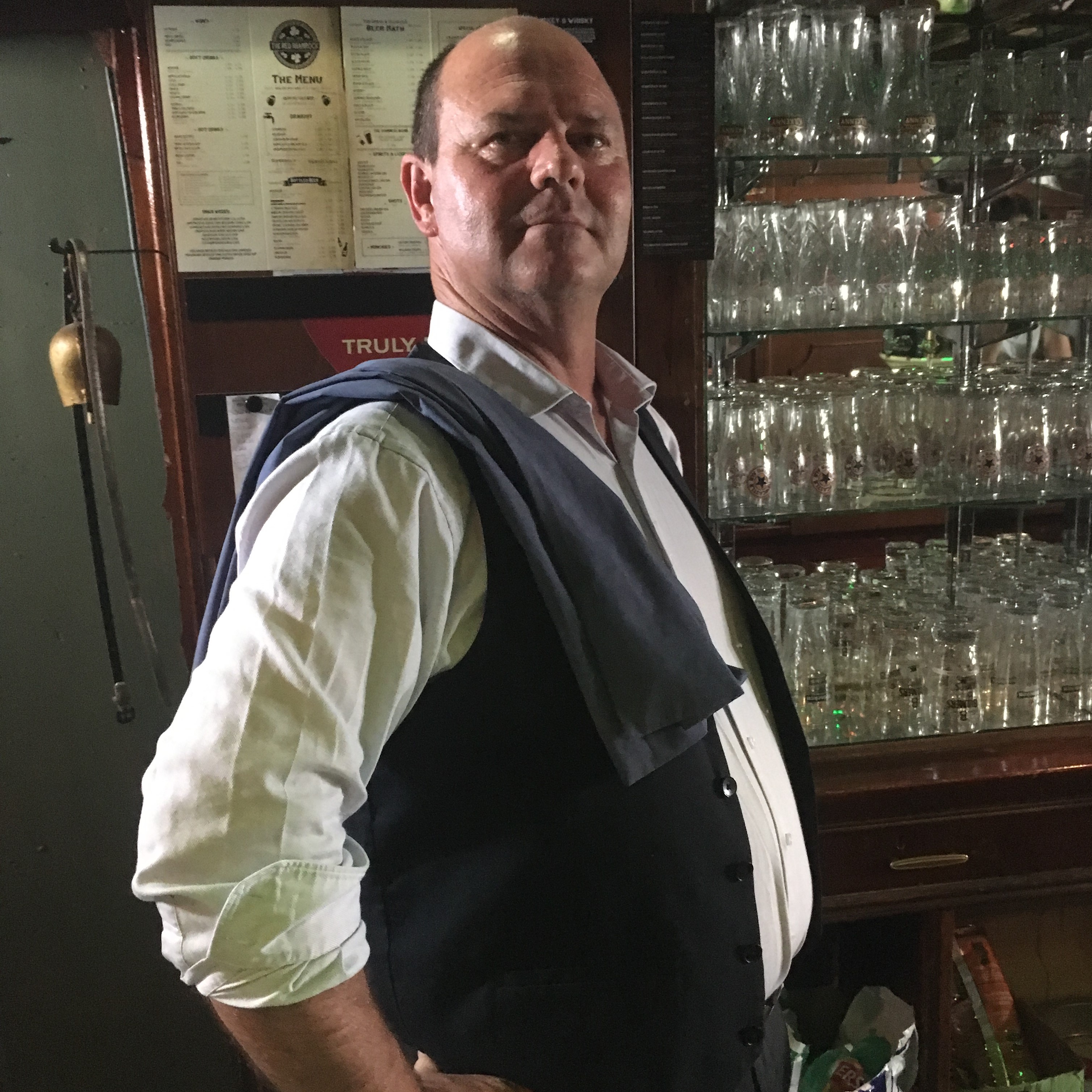 Morrison plays Rick Drakeson, the owner and operator of Drakeson’s bar, and a local fence for selling stolen items. Drakeson suffers from many vices, but his guilty conscience of not being able to save his wife haunts him most. Morrison is an accomplished actor from Australia and a graduate of the esteemed New York Film Academy, he has also achieved success in both Hollywood and the eastern coast of the USA.
Close 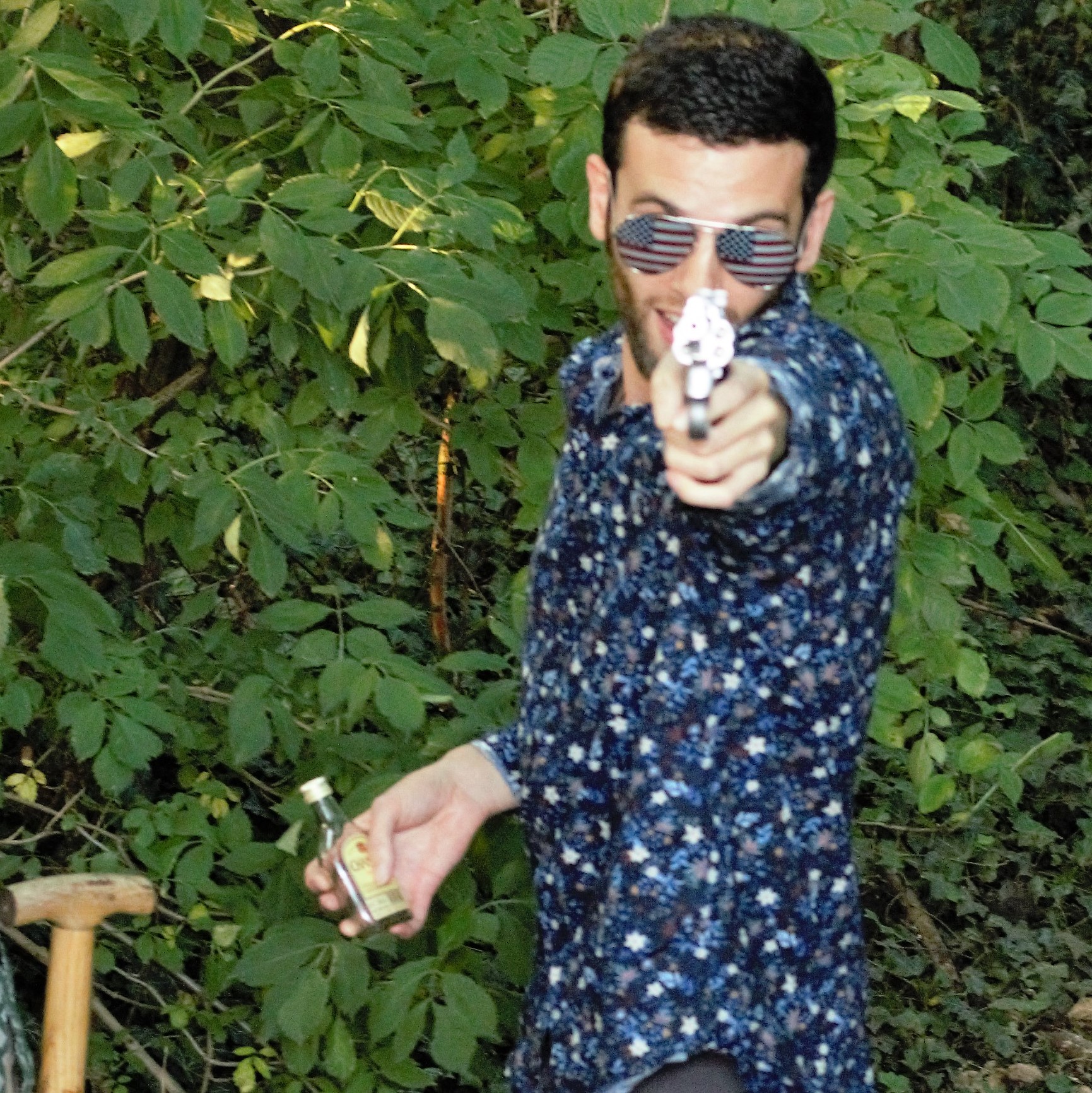 Mark plays Beck in the film. Beck is a philosophically self-styled outlaw. He is a smoothtalker at the mercy of only his own violent tendencies. Mark is an accomplished actor and filmmaker from London and a professional ice cream man.
Close

Juergen plays Rainer in the film. Rainer is a volatile blackmarket dealer who runs an art gallery as a front for his criminal organization. Beyond his obsession with fine art, he has business dealings with extremists. Juergen is a venerable veteran of the stage and screen.
Close 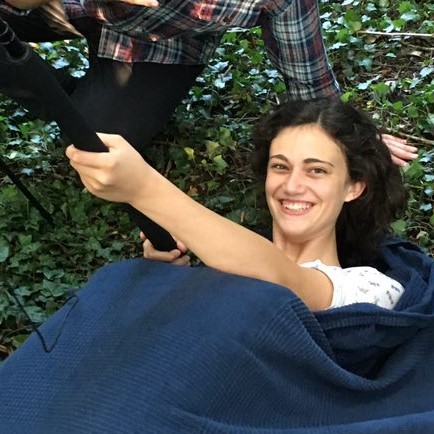 Viviane plays Alethea in the film. Alethea is a kindhearted nurse trying to save Jung from his destructive tendencies and chronic pain, Alethea struggles with weighing the cost of harming Jung with pain medication with trying to stop the pain. In addition to playing Alethea, Viviane is finishing her master’s degree in Cognitive Science and pursuing a PHD in the field.
Close 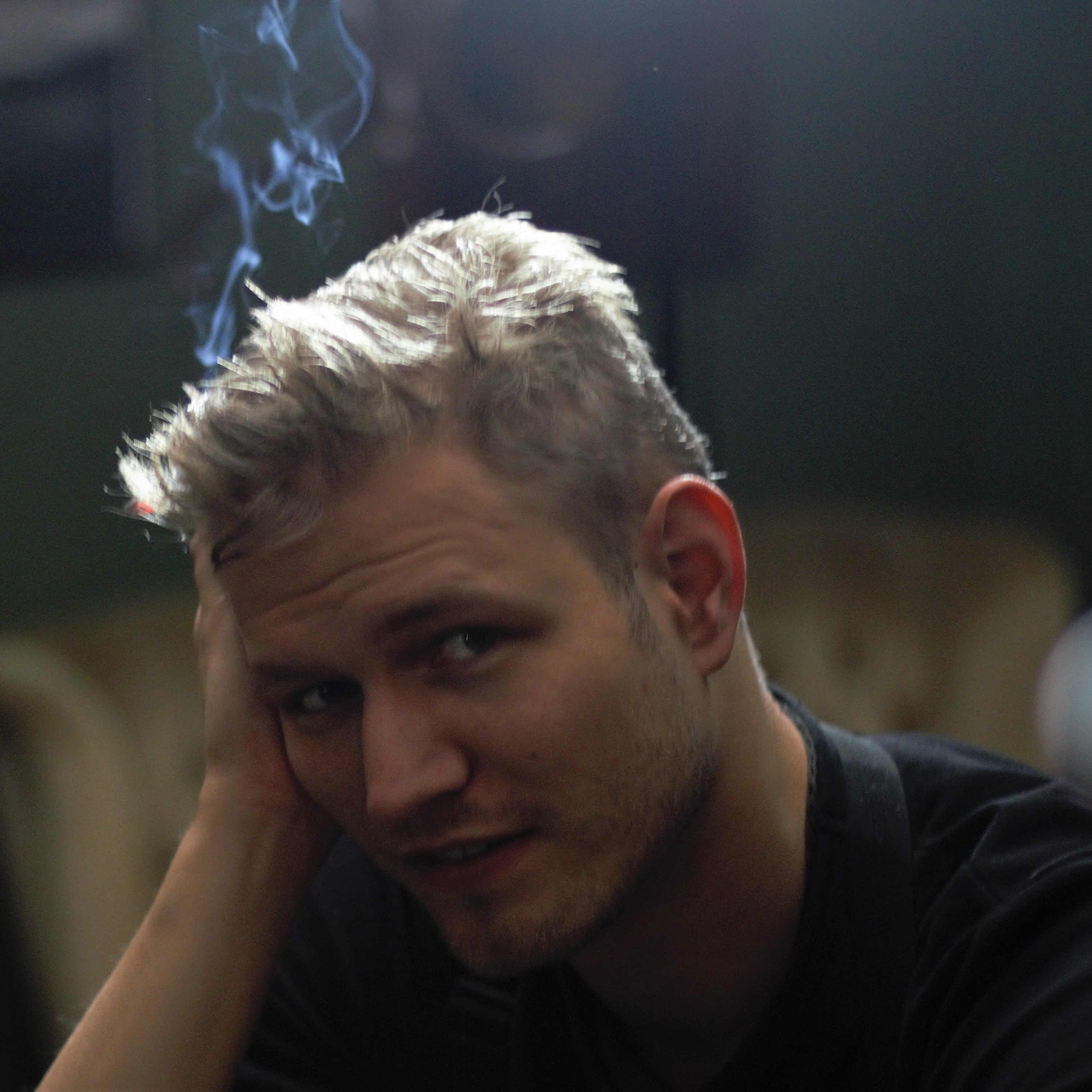 Marcel plays Vlad, the Capo of the criminal organization ran by Rainer. Vlad is an accomplished career criminal and a knife enthusiast. Marcel also worked as a production assistant and ice cream man. Marcel is a salesman for tech companies and a German history buff.
Close 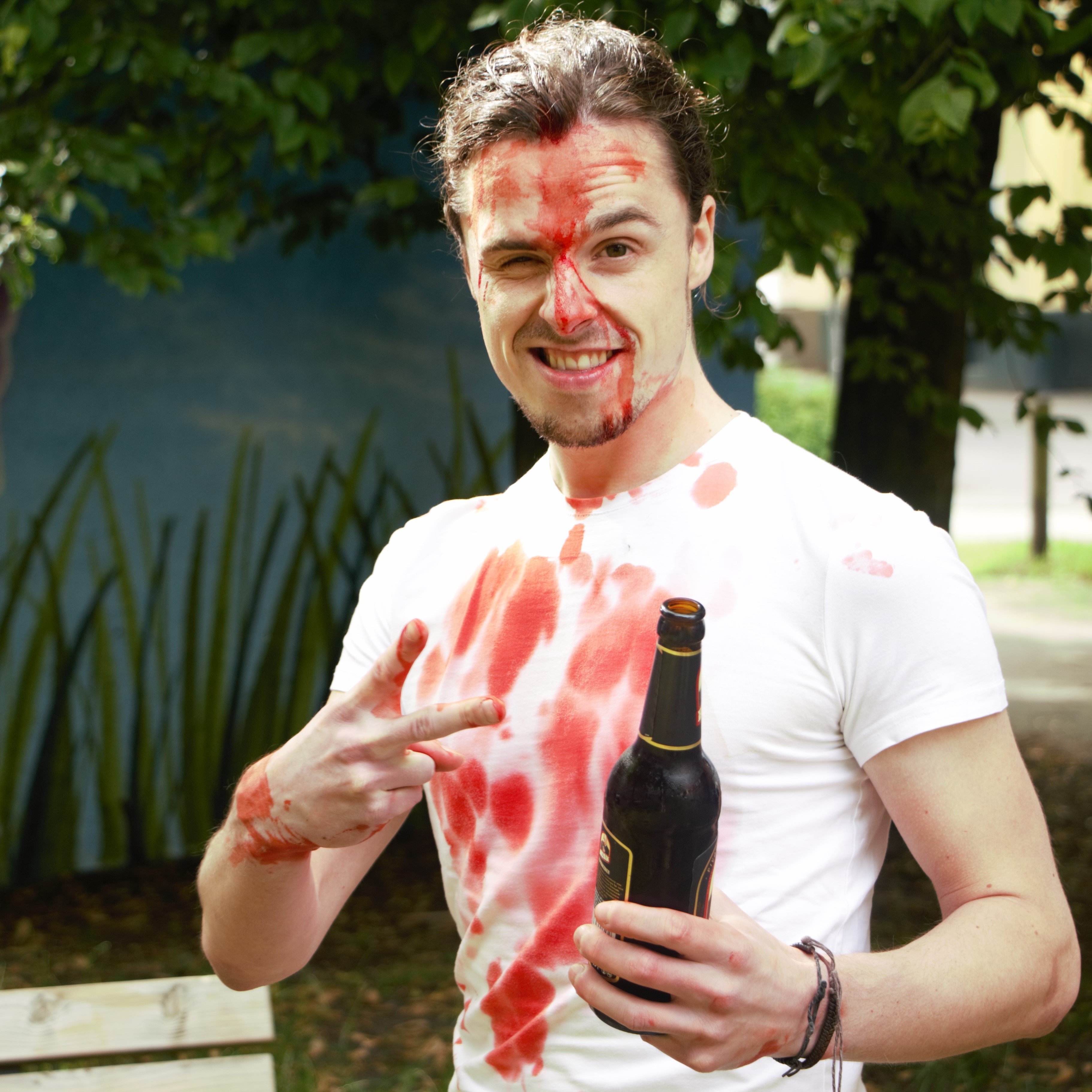 Jonas plays Jeremy “The Germ,” the lovable misfit who works at Rick Drakeson’s bar. When he isn’t working and often while he is, he’s drinking away the bar’s stock. Jonas also worked as our production assistant, boom operator and ice cream man during long days of shooting. Jonas works as a project manager at Basecom and spends his free time doing handstands in exotic locales around the world.
Close 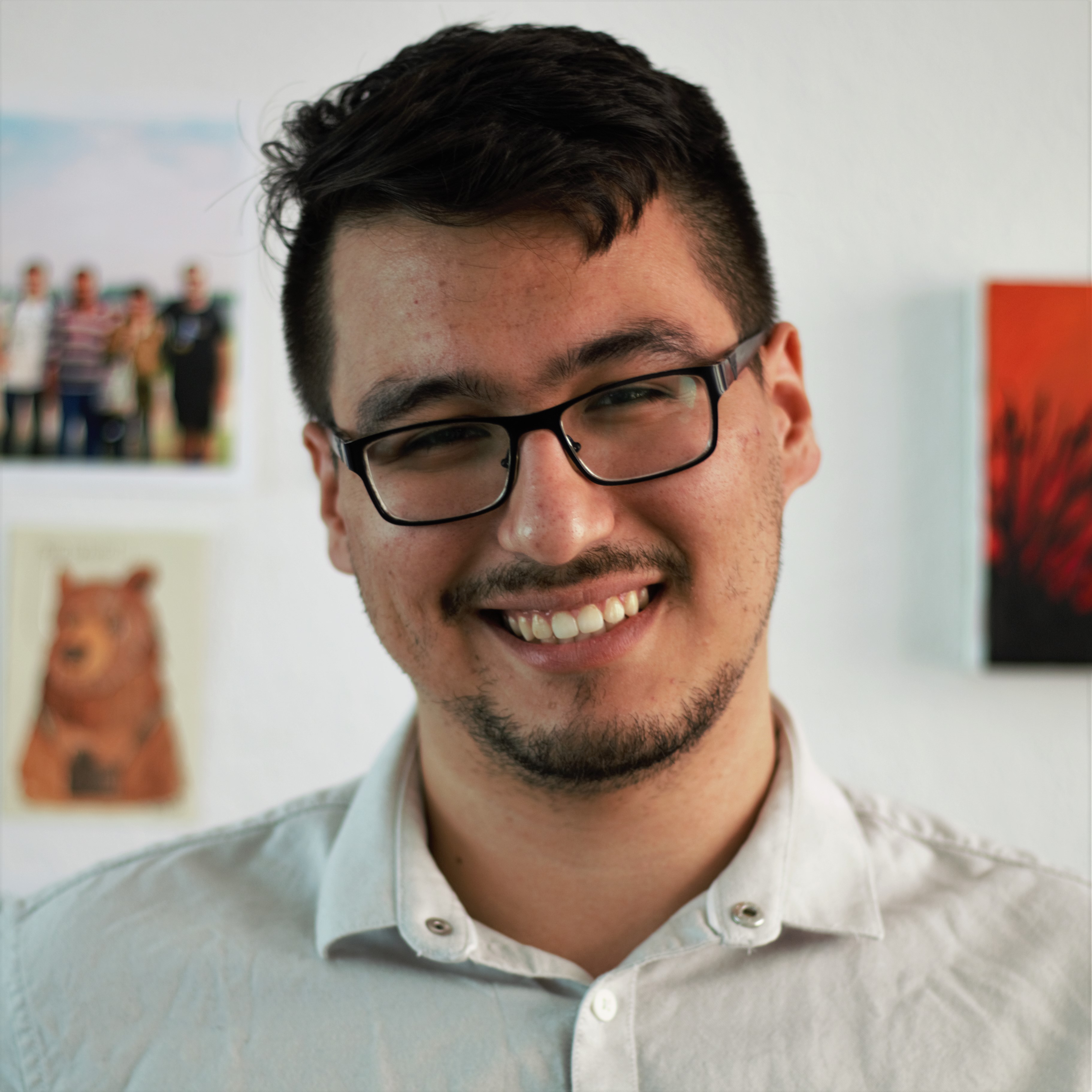 Raul plays the enforcer Dimitri who guards the statue ‚Sin‘ in the film. He is also our production assistant and boom operator. In his personal life, he is finishing his masters degree in cognitive science and is an experienced archaeologist.
Close 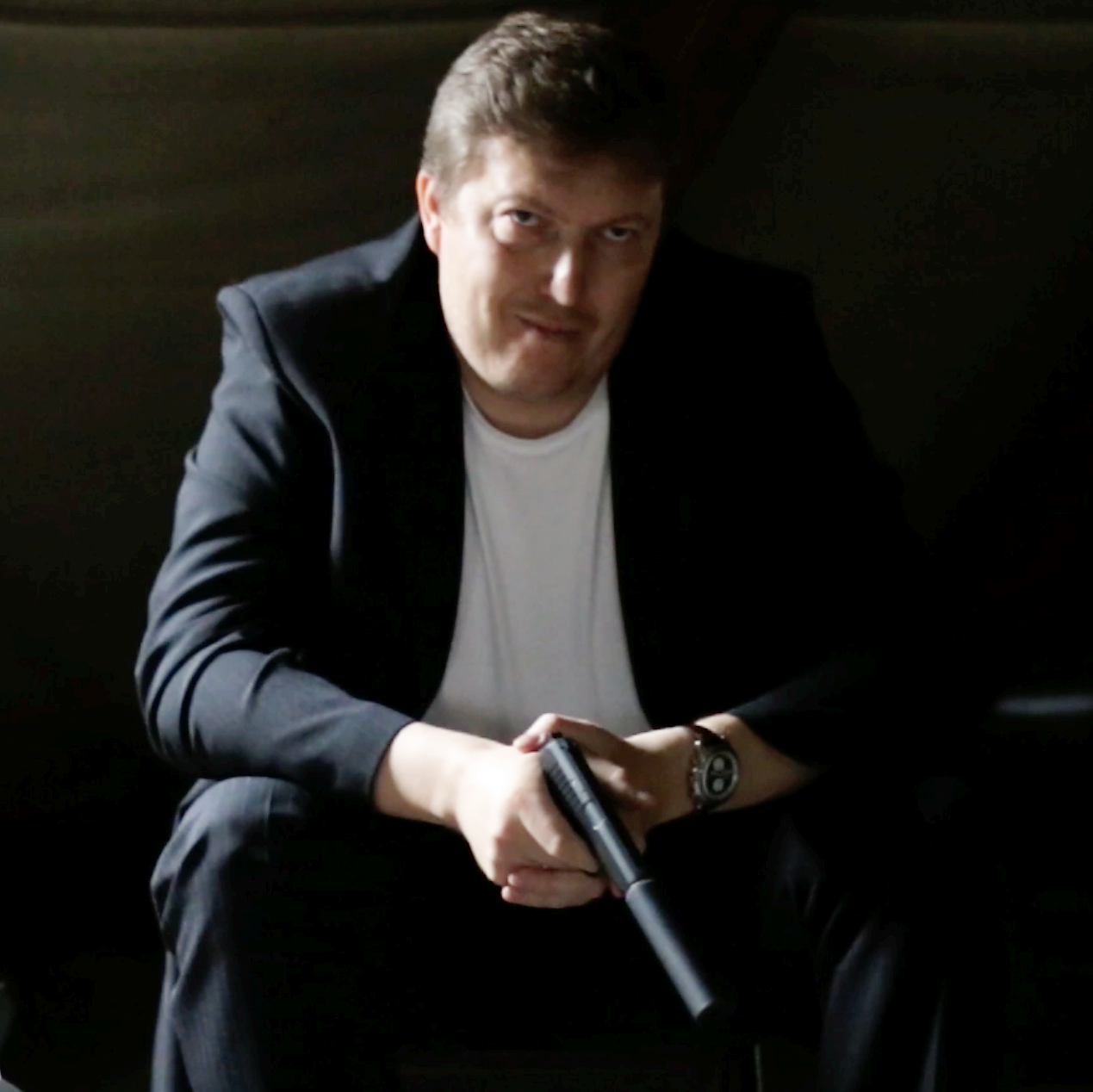 Andre plays Ivan in the film. Ivan is a local mobster and hitman. Andre is an ex-soldier, possess two master’s degrees and is currently working as a German teacher.
Close 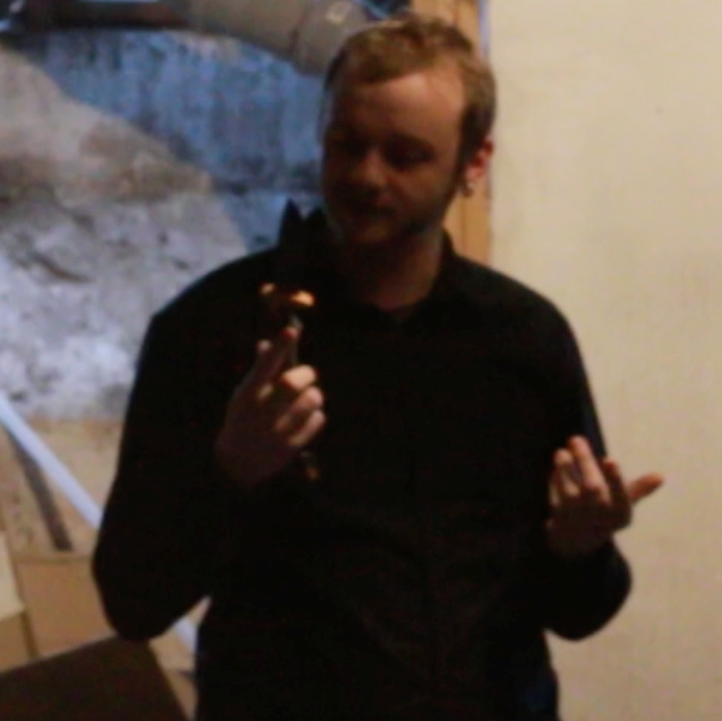 Simeon plays Igor, the lieutenant in charge of security at the safehouse. Simeon is currently studying Cognitive Science.
Close 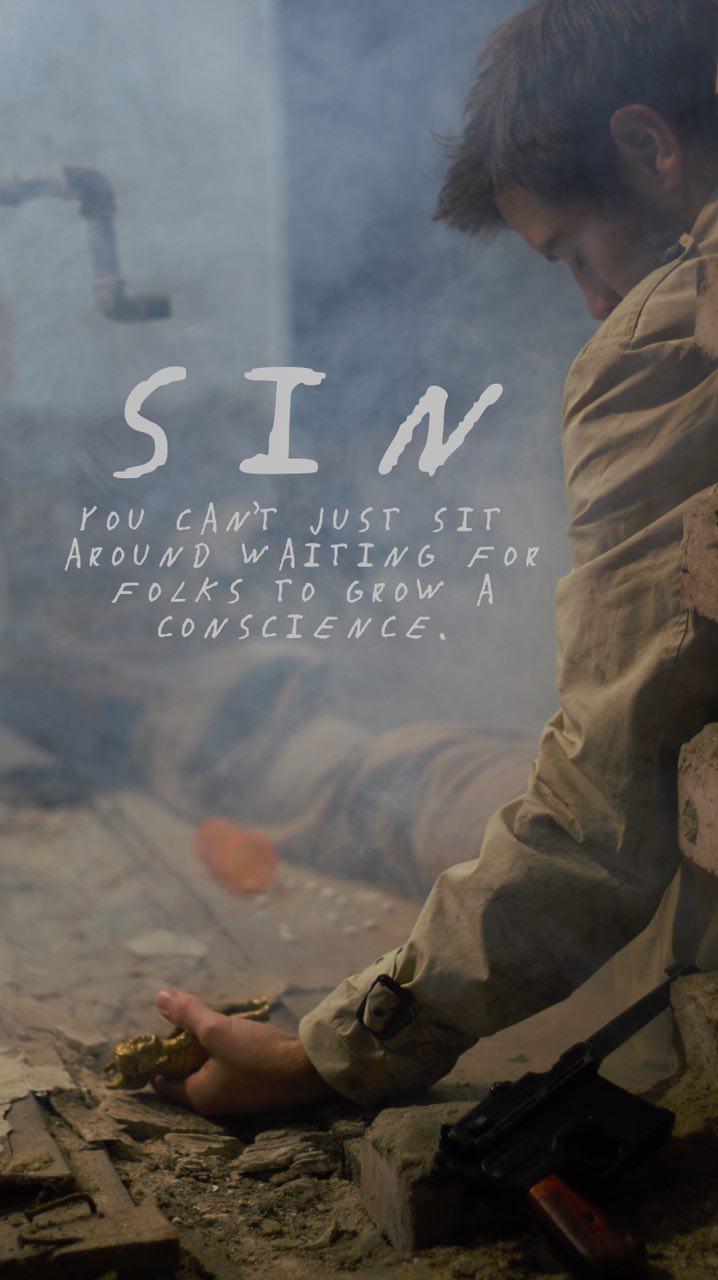 Sin is about a man plagued with chronic pain and addicted to strong painkillers. In an attempt to escape his circumstances, Jung finds himself dragged into the search for a rare statue of the babylonian god ‚Sin‘ after it is stolen during a violent robbery. A game of cat and mouse ensues, involving not only his own life at risk, but that of those closest to him, a guilt-ridden bartender and a lonely nurse who provides him with stolen pills. As Jung sifts through the madness, he makes one last desperate attempt to claw himself out of the black hole he’s been sucked into.

This documentary addresses the Opioid Epidemic that is currently devastating America. We hope that this documentary will help raise awareness about this serious and deadly problem that is affecting many American families. The chances are extremely high that someone you know is dealing with this problem. 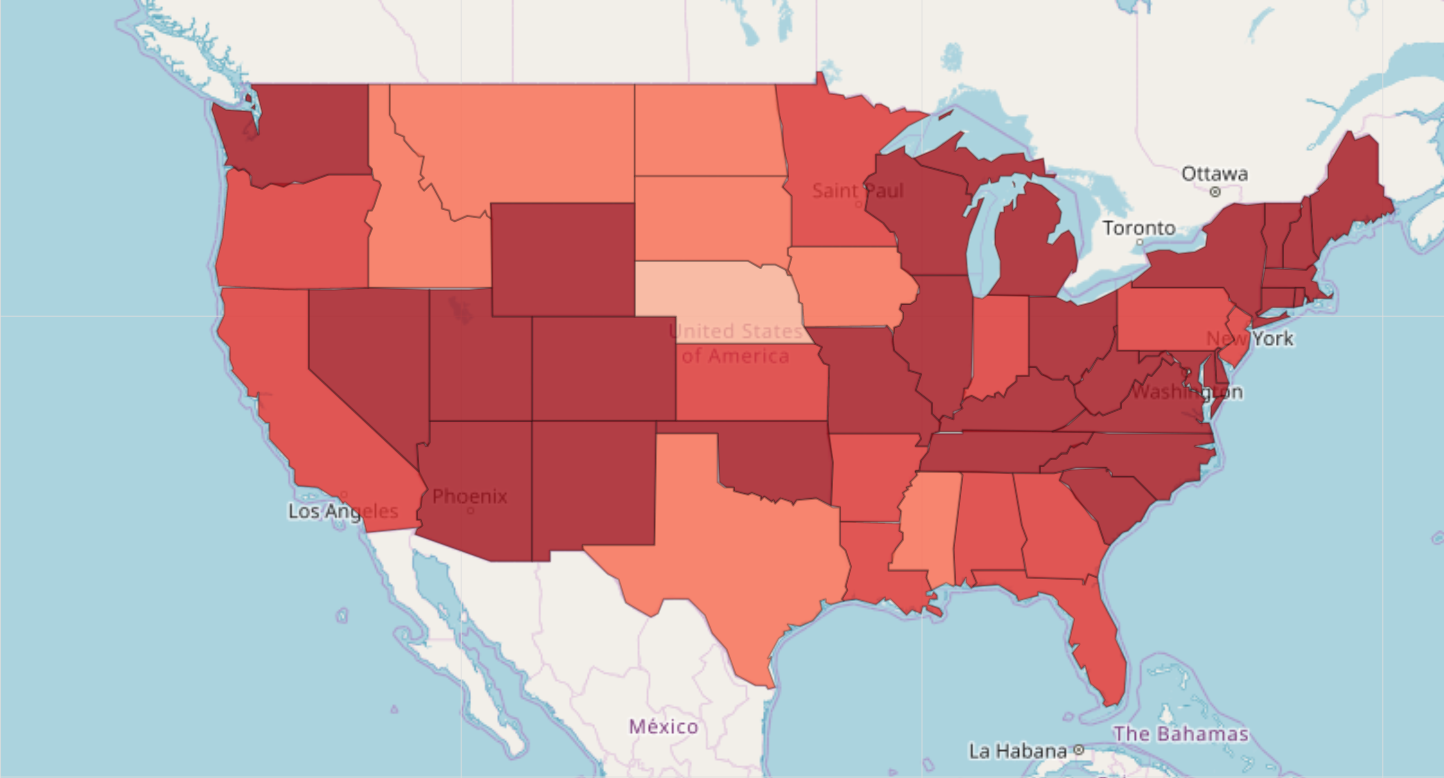 Please share this video with your friends and family to raise awareness for this horrifying problem that average Americans are struggling with. The odds are incredibly high that you know someone who is currently dealing with this problem. 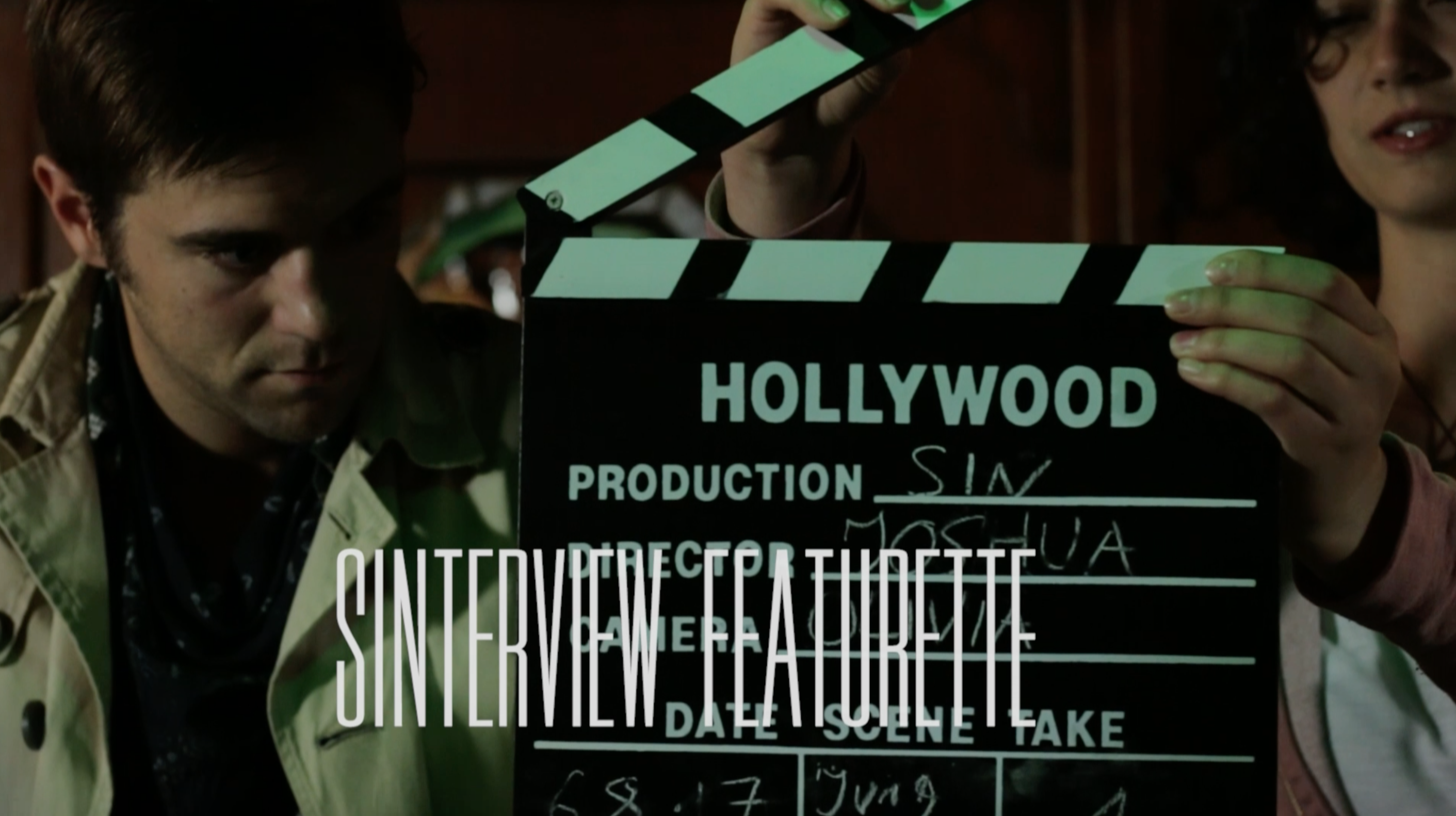 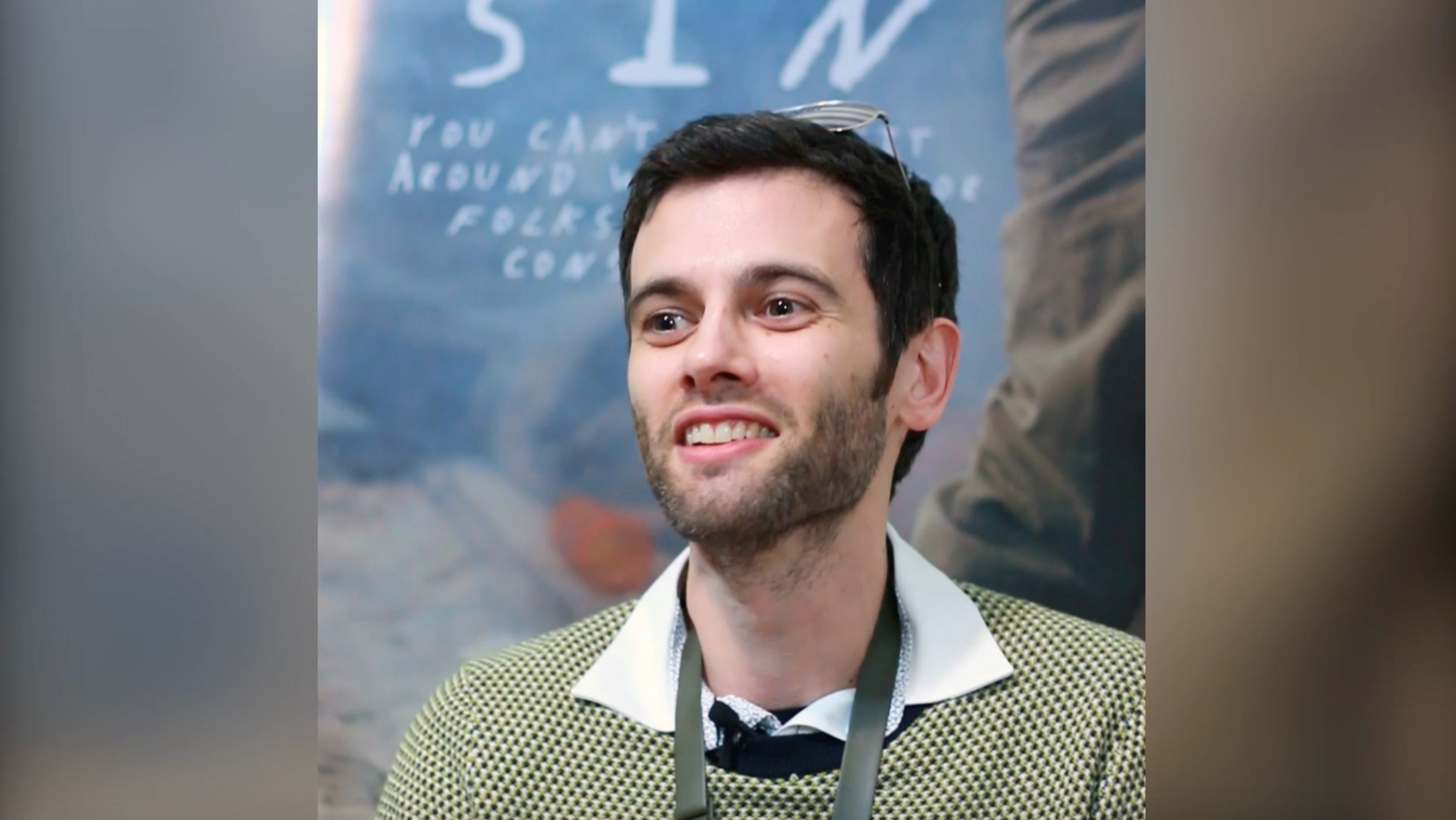 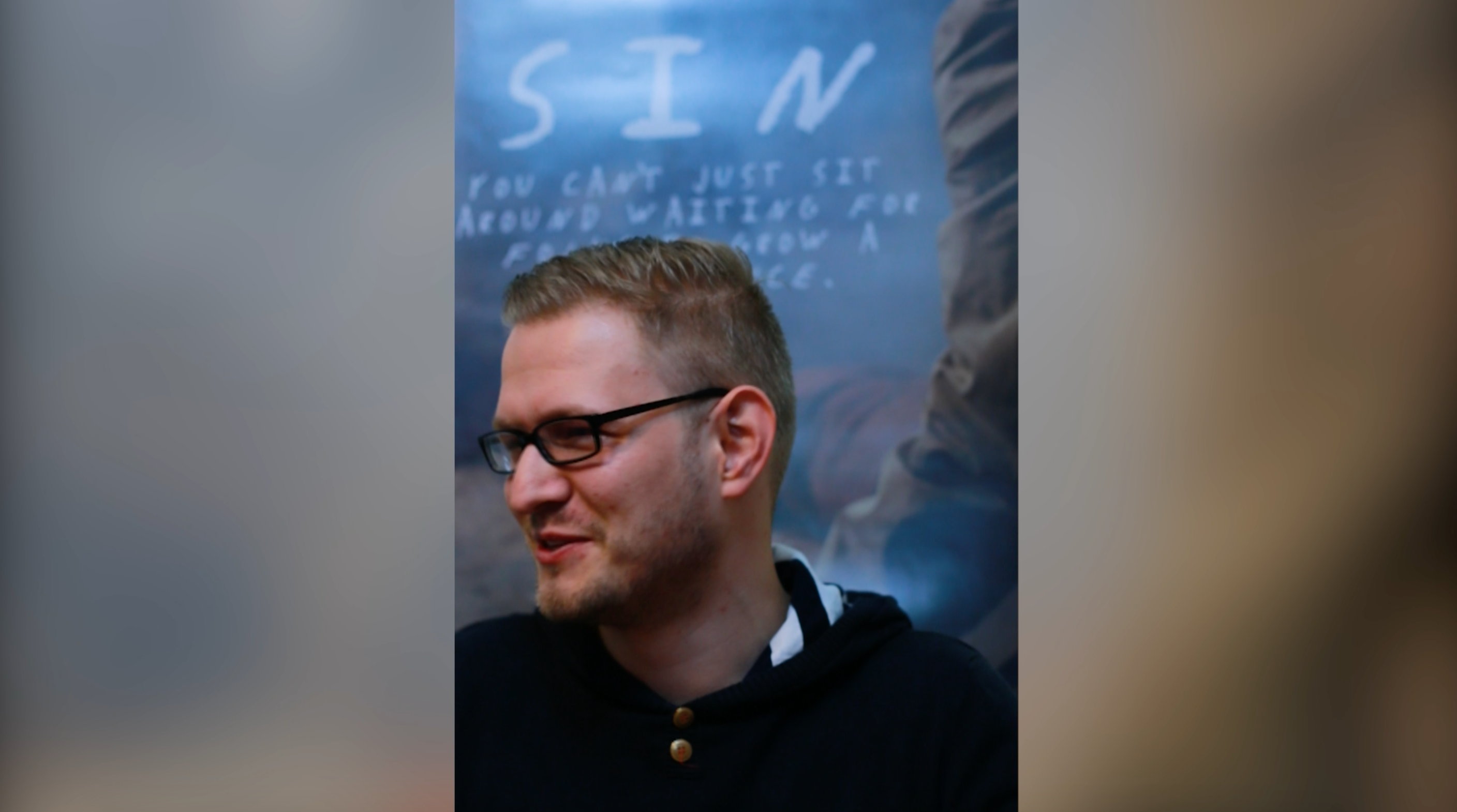 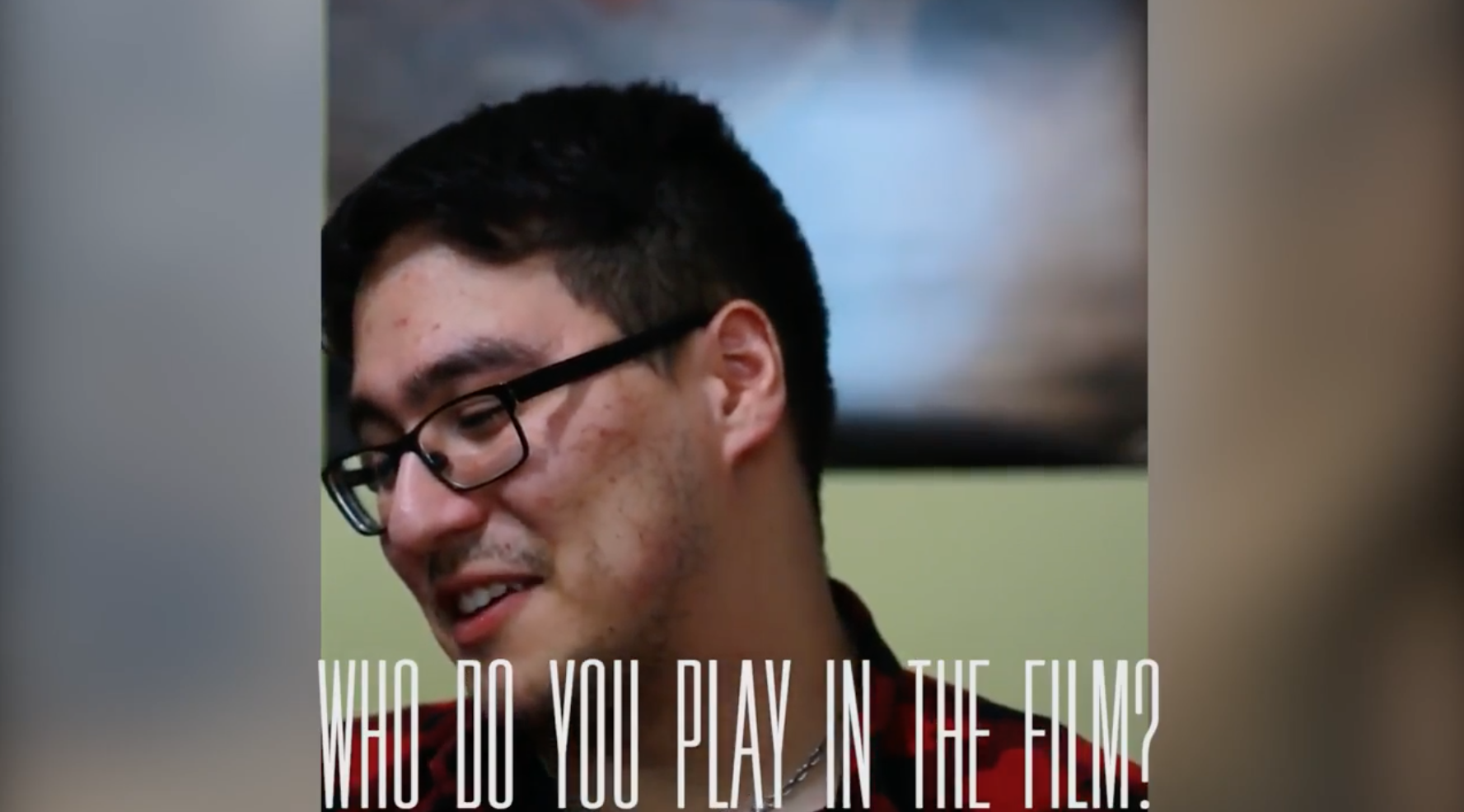